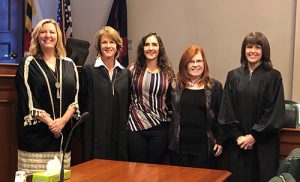 Lower Shore CASA, a division of Worcester Youth and Family Counseling Services (WYFCS), announced the appointment of Eden resident Valerie Turner as a new Court Appointed Special Advocate, or CASA, to the program. CASA volunteers advocate for children who have been abused or neglected and who, through no fault of their own, end up in... Read more »