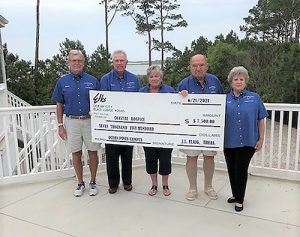 Elks Lodge 2645 of Ocean City made an impact in the Macky & Pam Stansell House fundraising with their pledge to become a sponsor of bedroom seven, which has been identified as “To Our Absent Members, Ocean City Elks Lodge 2645” (to remember their members that have died). The Elks have been supporting Coastal Hospice since... Read more »