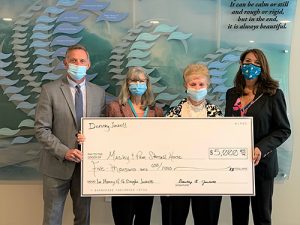 Dorothy Juckett donated $5,000 to the Stansell House in memory of her late husband, G. Douglas Juckett. Juckett was a U.S. Army veteran and served on the Anne Arundel County police force for 30 years.When asked why she chose to give to the Stansell House, she said, ““Words cannot express my thanks and gratitude for... Read more »