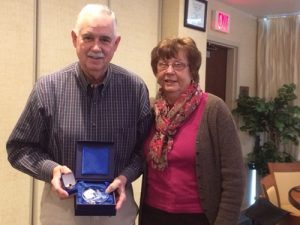 At the regular meeting of the Ocean City Berlin Rotary Club, Treasurer Cliff Berg and his wife, Donna Berg, were honored by the Rotary Foundation as a Level Two Major Donor.